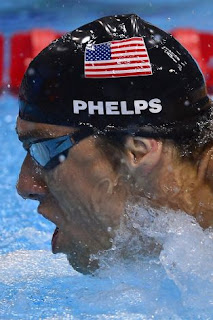 Who will not miss seeing Michael Phelps swim? Oh my, the greatest Olympian, such determination!  We still have smiling , Misty and Kerri are phenomenal! And if you want to feel happy see this video of the US swimmers.

The Olympics having always held a place in my heart as I watch with bated breath every event. Volunteering pre-Atlanta win was a highlight for me such an honor and joy!  Atlanta 1996 opening ceremony night, work kept me in La Paz, Bolivia and unfortunately the electricity was cut off so I didn’t know till the next day that it was Mohammad Ali who lit the torch.
While watching the Women’s Marathon this morning I realized one of the many aspects of the Olympics I cherish is sportsmanship and love of the event. Three different nationalities won the medals, Tiki Gelana Ethiopia, Priscah Jeptoo of Kenya and  Tatyana Petrova Arkhipova of Russia. In all the twitter feeds in any language, it wasn’t the nationalities being tweeted it was the women. Clearly patriotism and politics are involved but when you see athletes who win gold when all odds are against them like Jamaican Shelly-Ann Fraser-Pryce  it give me goosebumps.
Who doesn’t remember the Swiss runner crawling over the finish line at the track in the Olympics?  Jesse Owens winning gold in Berlin at the height of Nazi reign and segregation in his own country, I could not imagine his feelings and what a sportsman! Years later he would try to convince Carter not to boycott the Olympic games to no avail. They give it their all! Having run too many marathons, I could never have imagined running it the way the women did this morning.
Serena Williams, that incredible woman winning the gold standing on the podium when the American flag fell/blew away said “All these gusts of wind you then see the flag flying and oohhh it was probably flying to come hug me because the flag was so happy, it didn’t quite make it but almost,” she said, laughing. “It was fluttering towards me trying to wrap its fabric around me.”

It’s small business Saturday 💥if you are loca

Thank you @ara.joyce.1 aka Just Cause and @clayton

Glowing and healthy skin for the Holidays 🎄Clas