Chrysanthemums are the largest commercially produced flower in the US and are the second most popular flower after roses. Their meaning varies from country to country, death, happiness to love. Mums originated in China were they were considered one of the Four Noble Ones, symbolizing the 4 seasons and were grown with plums, bamboo and orchids. Before hybridization, its original color was gold and was therefore named by the Greeks for chrysos “gold” and “anthos” flower. Buddhist monks took them to Japan in 400 AD where emperors fell in love with the flower. Medicinally mums have been used in teas and infusions for eye problems, digestion, and blood cleansing. 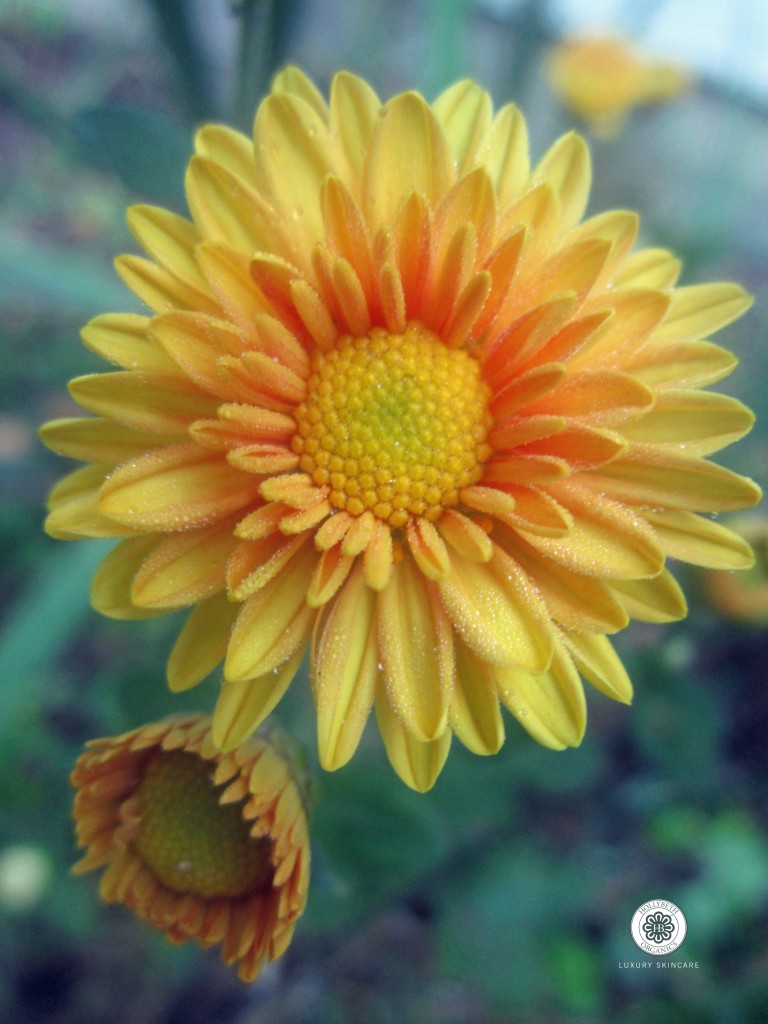