Legend has it that Queen Anne of England, an expert at lace making, was challenged to make lace as pretty as flowers and pricked her finger while “tatting” and that the single drop of blood is the red center of Queen Anne’s Lace that some of the flower have. 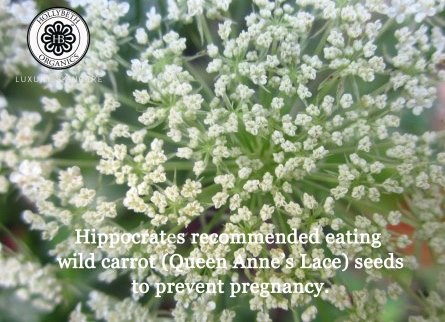 Queen Anne’s Lace was the flower/weed that my grandmother would put food dye in to change its color. Hippocrates recommended the seeds be eaten by women to prevent pregnancy and it has been used as a diuretic and an antiseptic.  Also known as wild carrot, it is from the same family as parsley and hemlock. Our orange carrots of today are ancestors of Queen Anne’s Lace. The Dutch were the first to grow orange carrots in the 16th century to honor the House of Orange, the Royal Family.

Bittersweet is showing its colors here. Correct me

It’s the holiday season and I feel like Santa’