My nandina shrubs vex me. I will never forget seeing them for sale in a local garden center and I thought: they are selling prolific weeds. Crazy analogy in the parks in London I was always amazed that they feed the squirrels which no one in Georgia would consider. So maybe I do not respect nandina enough as they will grow anywhere and are amongst the most hardy plants around. I have to admit they are pretty at all times of the year, whether berry or  flower. So I decided to research and see if there is some redeeming quality for wildlife. Unfortunately, a study on the cause of death of dozens of cedar waxwings in Thomasville, GA in 2009 revealed toxicity to nandina berries. Cedar waxwings flock and devour my holly berries every February – March. Oh how ignorance is bliss! Just the thought of those poor birds  After further reading it appears that possibly they gorged themselves on the berries as that was all they could find and of course I would like to blame it on chemicals. Alas, the entire nandina shrub is  toxic and invasive in the south like privet.  I can’t put a sign up for the birds to not eat the nandina however, I can spread the word, please don’t plant it. 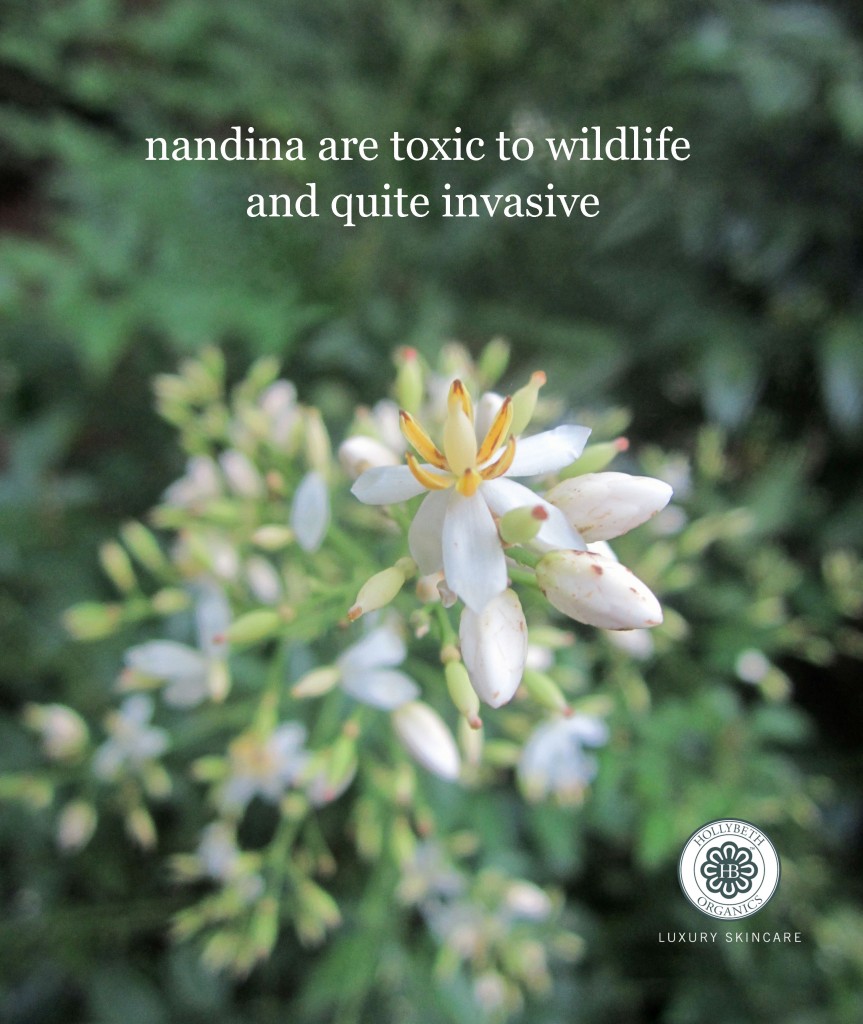